The phone is likely to sport a 6.1-inch (15.49-cm) immersive display with a resolution of 1170 x 2532 pixels, allowing you to enjoy watching films or playing games in crystal quality. Moreover, the phone is supposed to come in 4 distinct architectures: 4 GB, 4 GB RAM, and 64 GB of internal storage. With so much internal capacity, you won’t have to worry about running out of room for your videos, movies, songs, and other media.

This Apple smartphone is said to be equipped with a Hexa-core processor, able to enjoy a smooth and lag-free experience when using numerous apps and playing high-resolution games. In addition, the phone might run the iOS v15 operating system and have a 3115 mAh battery. As a result, you won’t have to worry about your battery draining while playing games, listening to music, watching movies or videos, or doing other things.

This upcoming phone’s camera specifications are quite remarkable. The smartphone is believed to come with a dual camera arrangement on the back. It will include 12 MP + 12 MP cameras, allowing you to take some stunning photos. The phone is also said to have a 12 MP + SL 3D camera on the front for taking selfies and video calls.

Apple established a new 1TB storage tier with the iPhone 13 Pro models, and reports say that with the iPhone 14 upgrade, Apple may boost it even higher to 2TB. This rumor comes from a source that isn’t always credible, so take it with a grain of salt until it’s confirmed by a more reliable source.

According to Apple analyst Ming-Chi Kuo, the iPhone 14 will have WiFi 6E connection. WiFi 6E, according to Kuo, will provide the high-speed wireless transmissions required for AR and VR experiences, and it will also be used in a mixed reality headgear that could be released in 2022.

WiFi 6E uses the 6GHz frequency in addition to the 2.4GHz and 5GHz channels to enhance bandwidth and reduce interference while still providing the speed gain and low latency that the WiFi 6 standard provides.

The iPhone 14 and iPhone 14 Pro models will have 6GB RAM, according to Ming-Chi Kuo, which is the same amount of RAM as the iPhone 13 Pro versions. TrendForce, a Taiwanese research firm, has backed up this claim.

According to Bloomberg and Apple analyst Ming-Chi Kuo, Apple will replace the Lightning port on the iPhone with a USB-C port in 2023. For all iPhone 15 models, USB-C will be the default charging option, replacing Lightning. 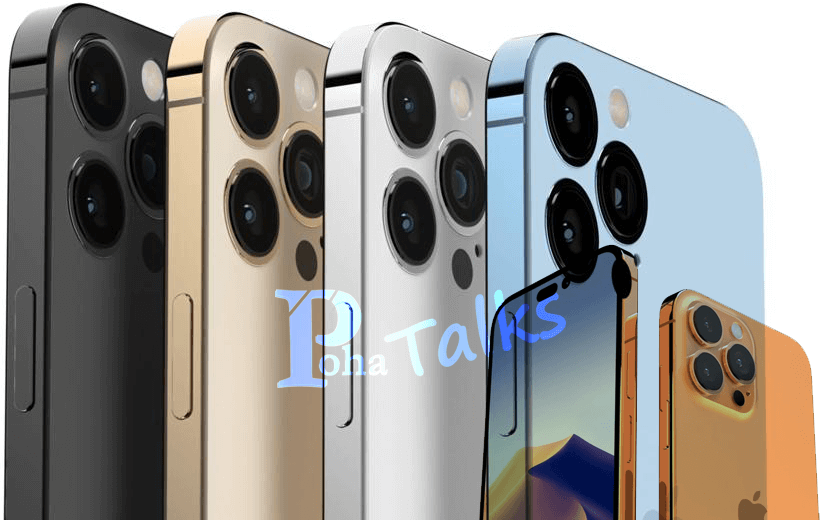 If Apple sticks to prior launch schedules, the iPhone 14 variants are expected to be revealed in September 2022. The first or second week of September is that when the majority of iPhone events take place.

Because of pandemic-related delays in China, at least one of the iPhone 14 models is three weeks behind schedule, which means that one of the next devices could be delayed or in short supply at launch. According to reports, the 6.7-inch iPhone 14 Max is presently being delayed, but Apple analyst Ming-Chi Kuo claims that the issue is under control and that suppliers would work extra to make up.

This year, Apple will offer the iPhone 14 Pro an eye-catching facelift, but a recent source suggests that an even more dramatic design change is on the way. Leaks Apple Pro, a well-known anonymous industry insider, reports that Apple will defy convention by splitting the iPhone 15 and iPhone 15 Pro releases in two.

The iPhone 14 devices are believed to have the same flat-edged appearance as the iPhone 13 variants. According to later reports and part leaks, Jon Prosser predicted that Apple would offer a thicker chassis with no rear camera hump and round volume controls, but his information appears to be inaccurate.

Is iPhone 14 available in Pakistan?

How much does Apple iPhone 14 Pro cost?

The QS World University Rankings is an annual publication of university rankings by Quacquarelli Symonds (QS). The rankings are based on a methodology that assesses…

It is difficult to predict with certainty what will happen to emerge Asian economies in 2023, as there are many factors that can affect their…

Since 2008, India has hosted the Indian Premier League (IPL), a professional Twenty20 cricket tournament. Every year, it takes place in India in the months…

Yoga has various pose types predicated on how you move your body to complete them. Here are the basic types of yoga poses.

Yoga is basically a spiritual discipline based on an extremely subtle science, which focuses on bringing harmony between mind and body.